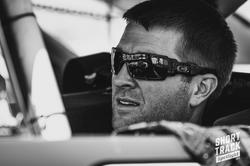 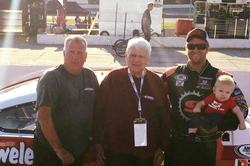 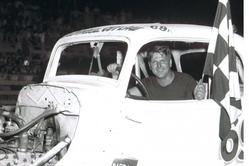 Kimmel Racing started in 1949 when Bill Kimmel Sr. saw a good friend Cotton Priddy hauling his race car to Sportsdrome Speedway in Jeffersonville, Indiana.  Bill Sr. would have a car of his own the very next week and Kimmel Racing was born.  Bill Sr. raced through out the Midwest from Michigan to Florida, New York to Illinois and all points in between.  He won over 500 feature events and over 12 track championships.  Bill Sr. passed his racing abilities to his three son’s Thom, Bill Jr. and Frank.

Thom would compete against his dad and many other great drivers of the sixties before going off to service our country in the Vietnam War.  Just before Thom left for the war he won a trophy dash at the old Danville Speedway that included Bill Sr., Charlie Glotzbach and Bobby Watson.  It was obvious Thom was on his way to a great career before the war stopped him.

Frank and Bill Jr. followed their Dad in the late 70’s and 80’s.  Frank would start driving before he ever had a driver’s license while Bill Jr. would continue to work on Bill Sr. car.  Local late model racing shifted from the Louisville Fairgrounds to the Sportsdrome; Frank was racing in street stock division and Bill Sr. was really wanting Bill Jr. to start driving as he had most certainly ran his share of races.

Charlestown Speedway in Charlestown, Indiana opened in the mid 1980’s.  Frank would compete in the late model class and win two championships in 1986 & 1987.  Bill Jr. was racing full time now at the Sportsdrome in the car that Bill Sr.last drove.

In 1998, Will Kimmel started his racing career in Mini-Cups.  Will is the 2X Valvoline Champion, 2X National Open Champion, 2005 Salem Super Stock Rookie of the Year,

As you can see with the thoroughbred line, Kimmel Racing is still going strong after 70 years.

We have had a lot of help over the years to help us reach these championships.  Without each of you no matter how small or how big a part you played, we certainly do Thank You for making Kimmel Racing so special!